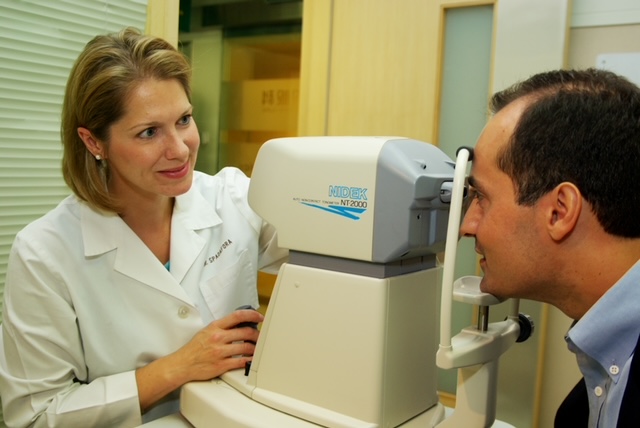 Dr. Ann Spadafora has been providing comprehensive eyecare for over 25 years. She was awarded her Doctorate of Optometry with High Distinction in 1993. Her studies offered her the opportunity to have rotations in Glaucoma management, Pediatric Eyecare and Ocular Disease Management. Upon graduation from The Michigan College of Optometry (MCO), Dr. Spadafora enjoyed providing comprehensive eyecare for all generations while practicing at Henry Ford Optimeyes. This was especially true as she participated in the Infant See Program and provided eyecare throughout Southeast Michigan with the Nursing Home Eyecare Group. In 2004 she was given the opportunity to practice at Ruijin University Hospital in Shanghai China. She was the lead Optometrist for this internationally ranked hospital’s Eyecare Center. Upon returning to the states she continued practicing at Henry Ford Optimeyes and served the Detroit community at their Main Campus. She is honored to continue Dr. Zak’s legacy in serving Clarkston and the surrounding neighborhoods for over 30 years. Dr. Spadafora’s husband, Paul, and her two daughters enjoy the time they spend biking and cheering on their Clarkston High School Wolves. 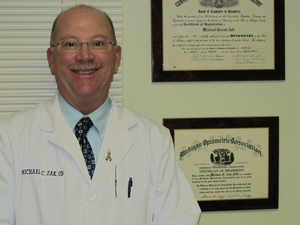 Dr. Michael Zak graduated from the Ferris State College of Optometry in 1983. He has been in private practice in the Clarkston area since 1990. He also practices at St. Joseph Mercy Brighton in the Clark Laser Eye Center.

Dr. Zak is a past president of the Metropolitan Detroit Optometric Society, and has been a member of both the American and Michigan Optometric Associations for 33 years.

An Independence Township resident since 1985, Dr. Zak and his wife Jan have three sons Christopher, Michael and Adam.

Find us on the map